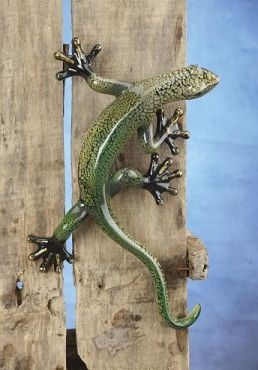 Van der Waal forces that exist between the gecko's feet and the
wood allow it to "stick" to the surface.